I came to happen to watch this video while I was at my relative place yesterday.
This song is featured in Hutch top 10 hits of Siyatha TV. Though they have not
showed the video full in the programme, I got curious and did a search. My
finding of this video is shocking and hope you will also feel its a disgrace for
Islam. This video is Done By Iraj the famous rapper in Sri Lanka.

This is the link for this video in You tube -
http://www.youtube.com/watch?v=2r3M8dh1PJQ&feature=related


In this video, a notorious gangster is saved by a Muslim girl, in return the
notorious gangster fall in love with her. The mosque scene is shot at
Madampitaya Mosque. finally the notorious guy elope with the girl in blessing of
her FATHER and finally both shot dead by another underworld goon. The ending is
even worse where, the goon is shot down at point blank by another man,
personifying as Muslim by wearing a FEZ Cap.

I have few question on this video and please forward it to necessary people to
BAN this VIDEO and make the people who created this video to ask PUBLIC PARDON.

1. In what consequences the mosque authority gave permission to shoot this video
inside the premises of this mosque?

2. How some part of Azan can be used in this song at the beginning and at the
end and where the producers sort permission from?

3. Did anyone informed Jamiyathul Ulama about this song? If yes, did they take
necessary legal action regarding this video?

4. How can non Muslim girls wear the pure identity of Muslim woman - Hijab and
purda (Abaya) and disgrace our religion?

Please take necessary action for this video before things get out of hand. If
media freedom is disgracing in this type, than I hope authorities should put a
curb on the limits. 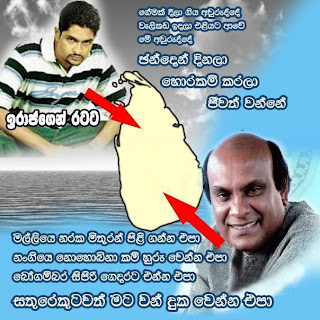 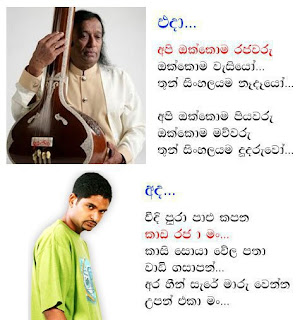 Wednesday, 17 November 2010 12:53 (Times On Line)
Defence Secretary Gotabhaya Rajapaksa last night intervened to prevent what could have been an ugly incident coinciding with the Hajj celebrations by the Muslims.

Deputy Minister Mervyn Silva accompanied by  the OIC of  the Kiribathgoda police station and stormed the Mosque premises at  Akbar town Hunupitiya, Wattala and removed as many as 30 cattle which was meant for slaughter for the Hajj keeping with the rituals,  according Riaz Sally ��� the President of the Islamic Solidarity Fund.
He said that tension was high in the area last night after the respective owners of the cattle claimed they had paid the money and had only kept the cattle in the mosque premises as they did not place in their gardens to keep them.
Mr. Silva had removed the cattle in a lorry .

Mr. Sally said they complained to the Governor Western province  and  Mr. Azad Sally who was currently in Saudi Arabia. They had called the President and in turn the Defence Secretary had directed to release all the cattle.

���The forcible remove of  the cattle was a violation of the rights of the Muslim who usually perform this ritual. He said they were not violating a law and the cattle had been brought on a permit issued by the local authority���,  he said.