Below is just found to be a hoax message that surfaced again and again in the past. Please consider this as educational post as to how we should deal with such messages in future (as described in comments). There is no need for public to panic since none of the incidents are true in this hoax.

Kindly take a couple of minutes to go thru this mail. If useful
may advise others also. Please pass this on to others This happened in
Colombo recently and may happen elsewhere also.

few weeks ago, in Savoy film hall,
a person felt something poking from her seat. When she got up
to see what it was, she found a needle sticking out of the seat with a
note attached saying "You have just been infected by HIV". The
Disease Control Center (in Colombo ) reports many similar events
in many other cities recently. All tested needles were HIV Positive.
The Center also reports that needles have been found in cash dispensers at
public banking machines . We ask everyone to use extreme caution when faced
with this kind of situation.
All public chairs/seats should be inspectedwith vigilance and caution before use.
A careful visual inspection shouldbe enough. In addition,
they ask that each of you pass this message along to all members of your family
and your friends of the potential danger.
Recently, one doctor has narrated a somewhat similar instance
that happened to one of his patients at the Contrast Cinema in Dalugama.

A young girl, engaged and about to be married in a couple of months, was
pricked while the movie was going on. The tag with the needle had the
message " Welcome to the World of HIV family". Though the doctors told
her family that it takes about 6 months before the virus grows strong
enough to start damaging the system and a healthy victim could survive
about 5-6years, the girl died in 4 months, perhaps more because of the "Shock
thought". We all have to be careful at public places, rest God help!
Just think about saving a life by forwarding this message.. Please, take a
seconds of your time to pass along.

Sri Lanka
Posted by Unknown 2 comments: Links to this post

Email ThisBlogThis!Share to TwitterShare to FacebookShare to Pinterest
Labels: Hoax (HIV in Colombo)

By 1979, the Swiss pharmaceutical giant Ares-Serono Group decided to open Interpharm, an Israeli subsidiary in Rehovot.

The company offered the money necessary to express human genes to reproduce interferon and to isolate beta interferon.

It is estimated today that 80 percent of the estimated 700,000 multiple sclerosis patients worldwide are treated with interferon, although there are three companies - including Interpharm - that make the gene.

Interferon-beta is not just for relapsing MS patients, its prescribed for patients with other types of the disease.

Currently, Prof. Michel Revel is working on combinational drugs that will repair the damage done to the nervous system.
Capsule Endoscopy:
The capsule endoscopy procedure was invented by Gavriel Iddan, an Israeli electro-optical engineer, and after 20 years of work, Iddan signed a patent for capsule endoscopy inn 1997. Capsule endoscopy procedures involve swallowing a video camera the size of a multivitamin, and allowing the video-imaging shell to glide through your digestive tract, transmitting images of your intestines to a data recorder worn around the waist, which are then downloaded onto a computer for examination.
Capsule endoscopy procedures help to diagnose Crohn's, an inflammatory bowel disease, celiac disease, and other small-intestine conditions. More than 65,000 patients worldwide have swallowed the M2A capsule

Gavriel Iddan and his associates are determined to create solutions for the entire gastrointestinal tract, including the large intestine and colon.
Cancer Research:
Cancer research was introduced to Israel in the 1950s by the Weizmann Institute. One of Israel's first cancer-research discoveries was made by Prof. Isaac Birnbaum and Prof. Leo Sachs. They laid the foundation for differentiating between cancer cells and normal cells, and understanding the transformation of a normal cell into a cancerous cell.

While working on blood cells, Sachs discovered that cells have to "make decisions" about whether they will grow or differentiate more. That early discovery led to other cancer-cell discoveries, including the properties, activities, and biology of the P53, a protein that is central to cancer biology.

P53 can be mutated in many human cancers because it instructs cells to stop proliferating and die, rather than mutate into cancerous cells. But when P53 mutates, there is nothing to prevent cells from developing cancer and reconstruct a normal gene from a damaged one.
The P53 research led to more  discoveries, such as a DNA repair mechanism that could allow cells to repair damage.
This is just a brief history of few inventions by Israeli Jewish scientists.  What have Palestinians or your Islamic (Muslim) community contributed to the world at large? How to blow up innocent people or ow to throw stones, may be.
At least now realize the value of the Jews to the whole world including you and me, whether you are Palestinian, Iranian or any other,  Millions of Muslims world wide benefit from these discoveries by the Jews. Therefore it is your duty to protect the Jews and eliminate the real terrorists.
Posted by Unknown No comments: Links to this post

Email ThisBlogThis!Share to TwitterShare to FacebookShare to Pinterest
Labels: Israel 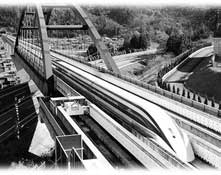 By Chandre Dharmawardana
(chandre.dharma@yahoo.ca)
The Southern Expressway is an example of the government’s policy "to ensure that all segments of the country receive the dividends of development", as stated in the Daily News article announcing the "Gateway to Wonder" (Daily News 26-11-2011). The integrity and governability of a nation depend on its transport system. The Romans knew it. The British were quick to build roads and railways, to move troops and haul commercial products to imperial markets. Since then, Sri Lanka’s roadways stagnated at the level of the British era, while the gross population quadrupled.
The road usage increased much faster. Hence any type of road improvement is an essential step. The present government has done wonders in the Eastern province, and things are moving mightily in the North.
However, it is also time to look to the future - even just ten years from now. The southern highway is the first and longest unit of the proposed network of expressways for Sri Lanka. Naively, one would think that this would unclog the roads, and the expressways would enable people to get to any part of Lanka in no time.
Gasoline (petrol) is cheaper than Coca Cola in the West, thanks to compliant or subjugated Arab nations. Los Angeles is full of six to twelve-lane highways and has impressive flyovers. Nevertheless, all American urbanites dread the ‘carmageddon’ that they have to face every morning and every evening . My prediction is that in Sri Lanka too, these expressways would very soon become no different to the clogged Colombo roads of today. We need to consider the environmental degradation, foreign exchange for petroleum products, vehicles, the carcinogens and heat emitted by the engines, mortal accidents etc.
The costly upkeep of these highways is well beyond the modest tolls proposed. The final cost per kilometer-ton of persons and goods moved becomes immense. As the highways get clogged, the kilometer-tonnage asphyxiates to a trickle. This has been proved every time, in every nation enslaved by the car.
The answer to this carmageddon is the building of public transport which uses electric vehicles. The most efficient and ecologically clean way to do this is via very fast electric trains running on dedicated overhead tracks. It is not necessary to quote studies or expert opinion, as most engineers, environmentalists and urban designers know all this. Densely populated Europe, China and Japan have already invested in fast ‘bullet’ trains and similar public mass transport (see attached picture from Japan, where the train had a maximum speed of 580 km/hour in 2003). Sri Lanka’s population density is similar to Holland, and it badly needs public mass transport, rather than the existing mayhem of privately operated buses belching fumes as dangerous as from Fukushima.
In a talk I gave at the Presidential Secretariat sometime ago, I pointed out that within a few decades the shoreline would be meters underwater due to global warming (a power-point of this talk may be accessed at http://dh-web.org/place.names/posts/dev-tech-2009.ppt). We need a dyke around the country, roughly 800 miles long that would keep the sea out, protect the land against erosion and tsunamis, and provide the base of a ring road for a fast electric train. Internal spokes can connect the whole country to the ring road. Such a system would soon pay itself, and would not enslave the country to petroleum and Pajeros. Cost estimates per kilometer-ton of mass moved, environmental suitability etc., always favour the electric trains, compared to road-car systems that are vastly more expensive in the long run. The raucous politics of devolution and regional segregation would yield to the technological solution (already known to the Romans) when a man from Vaddukkoddai (Batakotte) finds that he can reach Colombo in 40 mins, in an air-conditioned Japanese-style bullet train! Today it takes 12-14 hours by bus.
Unfortunately, the VIPs always think of expressways with the freedom to horn their hubris and launch their luxury limousines. Even the train service from the Katunayaka airport to Colombo has been killed by the unreasonable fares, when it should have been under Rs 100 (less than a dollar!) per person. While there is every justification for a good road network, especially for a country striving to promote tourism, it has an even stronger over-arching need for an intelligent, fast, cheap mass transport system. 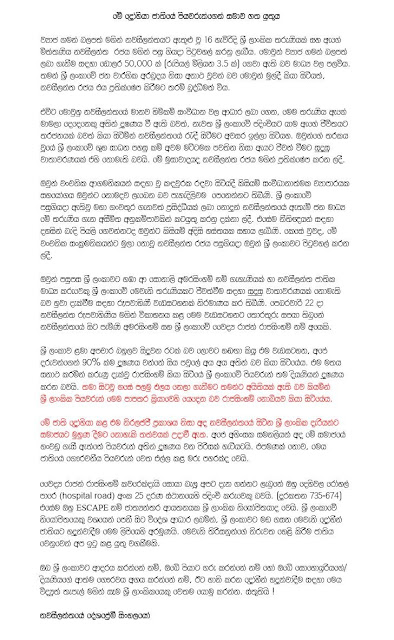 GREAT VIDEO.  EUROPE IS STARTING TO SPEAK OUT ABOUT ISLAM.  SHALOM JUNE 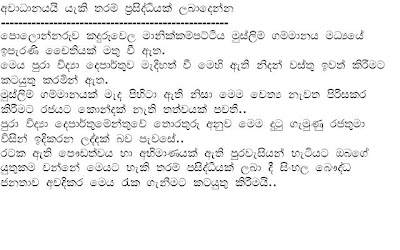 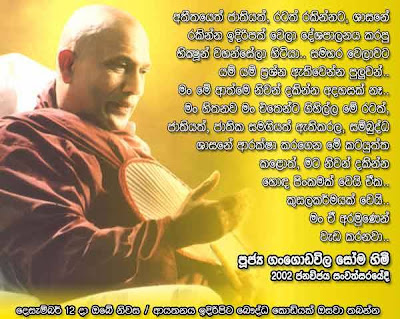 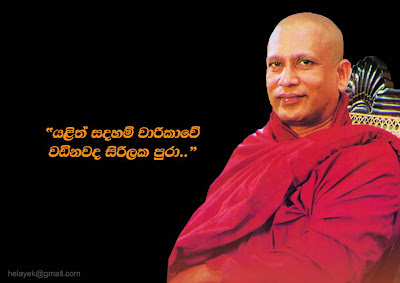 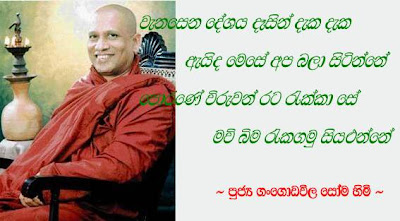 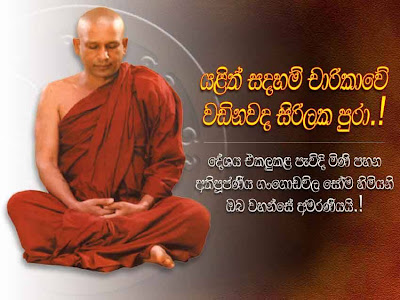 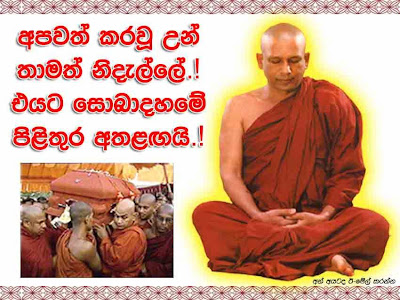 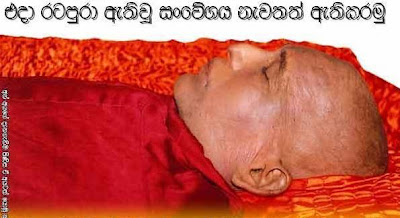 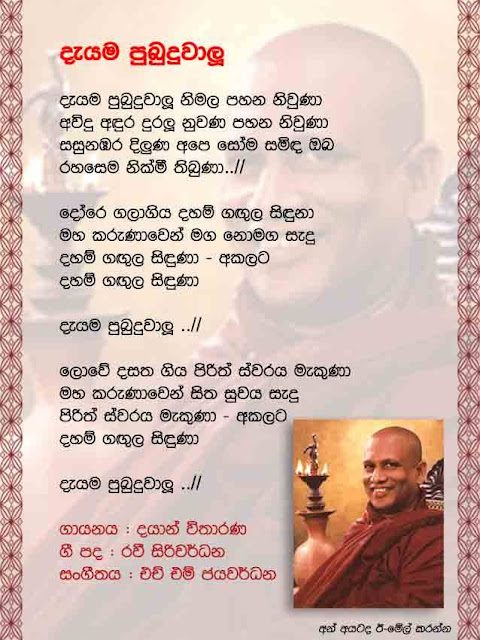 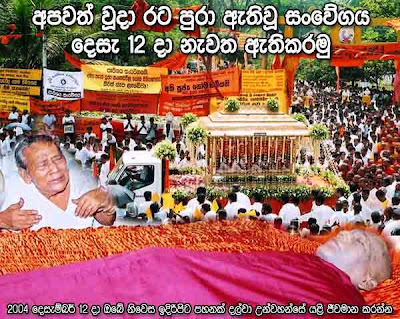 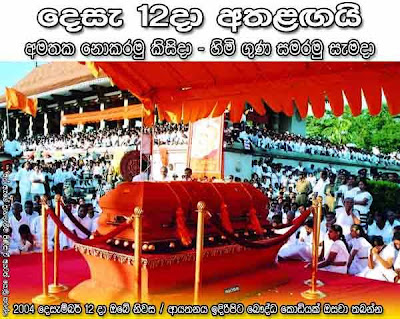 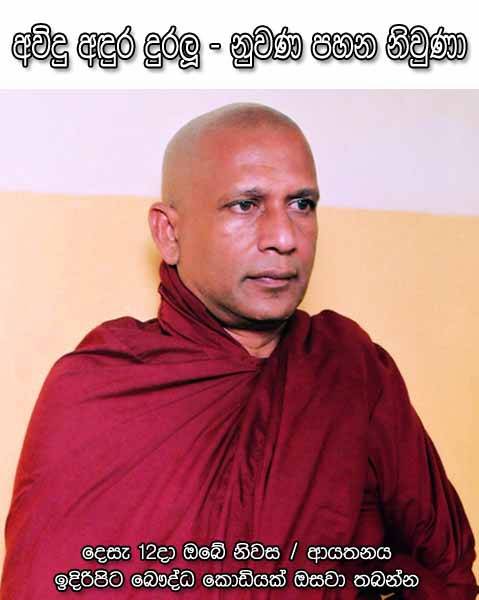 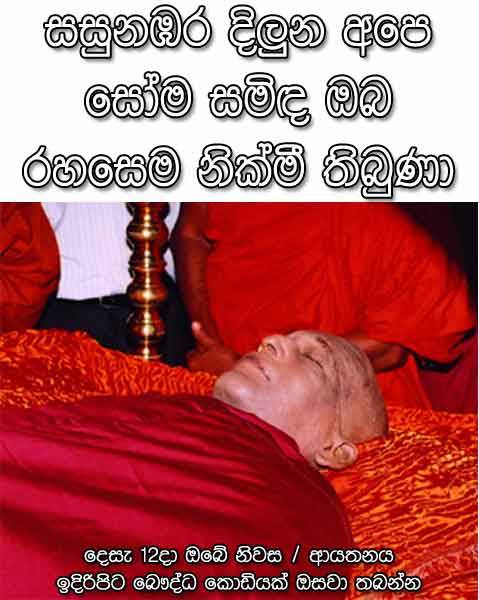 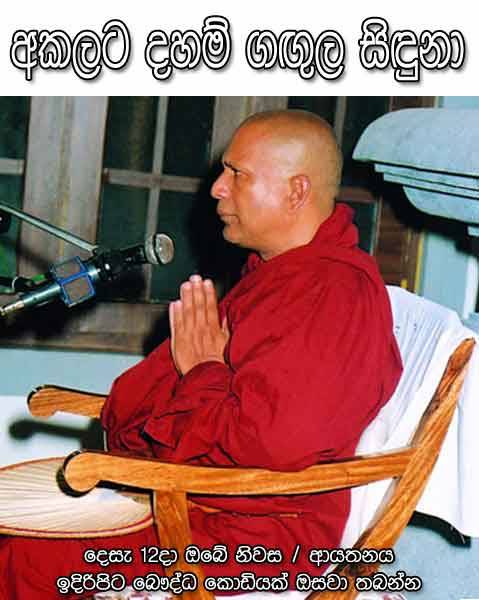 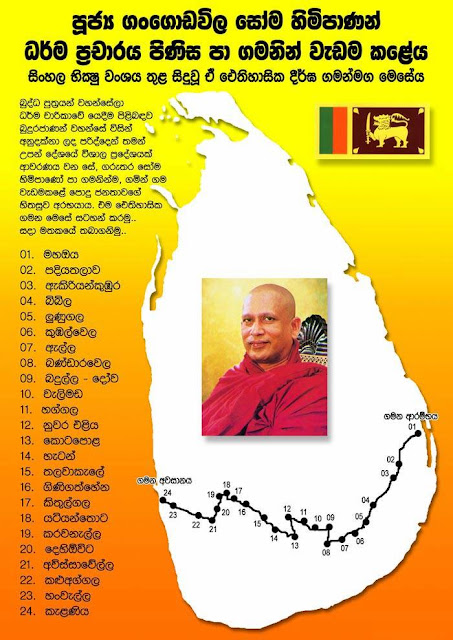