30-9-2011
To oust minority invasion - uphold Hela National Sovereignty!
1)     Although, one country has ONE NATION, by the recognition of settler minorities as small nations, the National Sovereignty of Hela Nation is hugely violated.
2)     While Tamil Nadu is Tamil country and 50 Muslim countries are around, granting their alien national rights in tiny Hela Island as well, tantamount to violation of the fundamental human right of the Hela Nation in Hela National Motherland.
3)     Due to granting Tamil alien national rights, for 30 years Tamil terrorists attempted to convert Heladiva into a second Tamil Nadu.
4)     Despite the liberation of country Tamil invasive intent is not halted.
5)     Clear reason is, the “artificial Lankan nationality” degrades the ONLY Nation of Helas who owns the country, while encouraging alien Tamil Muslim nationalities to capture Heladiva.
6)     As a result of artificial Lankan nation the genuine Hela Nation is directed toward suicide and paved the way to capture Heladiva by Tamils and Muslims, who already have their countries of national origins elsewhere.
7)     This being history’s greatest crime, we are brainwashed not to see this impending disaster. After Indian independence, we were preparing for ours, when then British land robbers and terrorists dished out so called independence to a bogus Sinhela clique chosen by them who drove the Hela Nation into a vicious stranglehold. They illegally granted minorities alien national rights which are not given in any other country and made our Hela National Heritage vulnerable to their threats. For true freedom of the Hela Nation, all alien national rights be annulled forthwith.
8)     Due to granting these alien national Tamil Muslim rights, the north and east of Heladiva are being fabricated as Tamil Muslim areas and arrogantly attempting to establish bogus foreign heritages within the Hela National Motherland. But according national sovereignty, not even to one square inch of Heladiva has alien national owner shi p. What they have is private owner shi p to land as INCLUSIVE Hela National Citizens.
9)     The real situation in this Island Country is that Hela Nation is hoodwinked about our inalienable National Sovereignty and due to granting illegal alien national rights to minorities not given in any other host country: these settler minorities with the support of their kin from countries of their national origins are aiming to capture Heladiva as a free additional colony.
10) As we do not perceive this grave crime the world too have identified this island called Lanka as a settlers’ country owned by different settlers.
11) The country called Lanka must be corrected to Heladiva as the tiny island of the Hela Nation as a legal, refined and humane exercise and a duty by justice and truth. Also, the only permanent solution to peace in the land.
12) The Hela Nation is misled about diversity. Many minorities have settled in host countries but their diversity is practised only in private capacity. In  Heladiva, minorities are officially recognised encouraging alien national         invasion, a major threat to Hela National Sovereignty.
13) For peace and prosperity of country the only way forward is to nullify illegal alien national rights causing a great danger to the Hela Nation.
14) To oust minority invasion of Heladiva is not only a right of the Hela Nation but inviolable indigenous National Sovereignty, which is the sacrosanct fundamental human right of a nation of people ONLY in their indigenous national motherland!
Anura Senevirathna (expat Hela team). 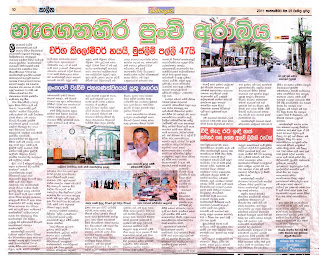 Email ThisBlogThis!Share to TwitterShare to FacebookShare to Pinterest
Labels: Kanthankudi

Animal Sacrificial & Salughter in Sri Lanka
by a dismayed Buddhist
Thanks to Minister Dr. Mervin Silva hundred of innocent goats and chickens were saved from inhuman slaughter at Munneswaram temple recently, a ritual that has been continuing for centuries according to information available. Latest of the same, according to press another similar Animal sacrifice has been banned by Magistrate order in Puttalam area on this Friday 23rd Sept. 2011.
Over 2500 years, Sri Lanka had been a Buddhist country that respects all lives and animals are part of that too. Now we have entered in to 2600 “ Sri Sambudhathwa Jayanthi “ as well and various sects in the country are still practicing this inhuman act of animal sacrifice without scanty regard to the main stream Buddhism in Sri Lanka.
If such an act against the main stream religion of an other country was carried out it, would have been all out war in between, but taking ride or exploiting Buddhist way of tolerance and no violence, all those animal sacrifices are being done every day to irritate Buddhists.
As far as we are aware Hinduism is a non violence and against the killing of any lives, as Hindus say we are not supposed to kill or eat any thing that can walk, talk and hear means it covers all form of lives. If the Hinduism is so, then who does this animal sacrifice in Kovils is one question. We also have to accept the fact some Sinhala people who have blind belief are also taking part in these foolish acts.
The second question is,  Muslims do sacrifice Cows and Goats specially on the occasion of Haj and more than that thousands of cattles are killed daily to satisfy their tongs, which practice they continue without any scanty regard to the main stream religion and Sinhala people is contrary to what they practice in Arabian gulf, where even non Muslim is penalized if he drinks and eat in public during Ramadan fast is just a one example of hundreds of laws that are practiced and forced on non Muslims as well. Once I myself have been harassed by Police for eating a Banana out side a grocery on a street, yet not during Ramadan fast. Later I came to learn that it depicts the male organ and women who see it get hot up it seems! How funny it is ? People who are working in Saudi Arabia knows very well how inhuman the laws there are.
In observations it is proved that Muslims in Sri Lanka are not killing Cows as a ritual alone, but also as a mark of disrespect and to irritate Buddhism and Buddhists while knowing that it hurts Buddhists.
If the laws in Arabia are as such and forces other to obey regardless of it applies to them or not,  why cant we in Sri Lanka have a complete ban on Animal slaughter (At least on Cattle)
In other countries one has to be a Citizen by entering and absorbing to main stream culture even though maintaining their own religion as a private affair, and recent laws imposed in France are commendable preventing wearing of black veils and praying in public places.
Is Sri Lanka a place for every Tom, Dick and Harry to play around according to their Whims and Fancy? and is Buddhism to be allowed which is it’s main religion to be disregarded according to any other belief and ritual of alien? What do we Sinhala Buddhists deserve or left with, if we cannot have our own set of laws and conduct according to Buddhist principles, when other countries can impose their laws on every one living within the boundaries?
Dear Minister, Dr. Mervin Silva, please look in to this aspect as well. You will be blessed over samsara for saving innocent animal lives specially Cattles being said by Lord Buddha as special animals that co-exists with human providing its Milk as second mother, Dung to fortify cultivation, its labour to work in the paddy field, and after death its bones are pesticides to protect crop, yet it is also believed that Cattle are spending and paying for their Karma awaiting next birth as human. Thus this is a special animal of all, and every one should look in to this aspect.
Let those who wants to Eat Mothers meat,  import it from Arabia or elsewhere paying their own money, but no Cattle bloodshed in this Buddhist Land please.
Thanking you
Mahinda
N.B. This post came to us as a response to our previous post:
හජ් වෙනුවෙන් අපිව ගොනාට ඇන්දීමට පුළුල් ඉස්ලාමීය වැඩසටහනක්
Posted by Unknown 3 comments: Links to this post 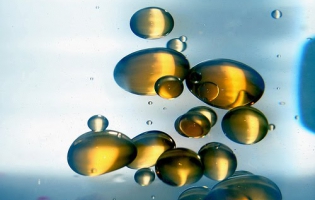 http://www.petitions24.com/milinda_moragoda_is_unfit
Posted by Unknown 2 comments: Links to this post 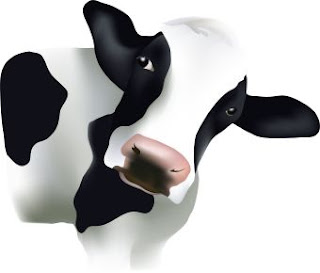