Stoking The Tinderbox Of Extremism

Sharmini Serasinghe
As a Sri Lankan and as a follower of the Buddhist philosophy I have every right to take umbrage at what is going on in our multi religious country under the guise of a “Buddhist nation”.

In this context not everyone who drapes himself in a sacred saffron robe and shaves his head is a genuine representative of the Buddhist faith! Not every Buddhist in Sri Lanka regards this country as a “Sinhala Buddhist” nation! Not every Sri Lankan regards other religions and ethnic groups as inferior!

What we are now beginning to see is the Idiocracy stoking the tinderbox of ethno-religious extremism by manipulating Buddhist extremists to distract voters from mounting burning issues facing them today. If this trend continues unabated we are looking at another protracted war, this time on ethno- religious grounds, which would make the 30-year ‘War on Terrorism’ look like a cakewalk.

In this scenario I dread to think what might have happened if Rizana Nafeek had been a so-called Sinhala Buddhist!

The psychology behind using the sacred saffron robe and a shaved head is because to the gullible “Sinhala Buddhist” voter out there almost anything and everything draped in a saffron robe is worthy of falling flat on their faces and worshiping. Such is their reverence for the saffron robe. The demagogues know this only too well and therein lies the danger!  Only a real bankrupt demagogue will resort to using religious extremism to save face.

In the event these extremists are enjoying state patronage, then the demagogues fuelling the fire would be well advised to watch their backs, as these very same demons they are creating will end up strangling them with their own ‘satakayas’. Remember what became of President Premadasa after he gifted arms and weapons to the LTTE? Remember what Somarama did to Prime Minister SWRD Bandaranaike?

Some would regard this as a blessing in disguise in order to get rid of a current headache without looking at the bigger picture. We have all collectively suffered a 30 year war seasoned with a JVP insurrection in between and the last thing we need is an ethno-religious war which would undoubtedly be of much greater mind- boggling dimensions.

There are extremist pyromaniacs standing by waiting and watching to ignite the tinderbox of another protracted war. There may also be ‘other’ extremists waiting to hop on the bandwagon in order to create mayhem and they wouldn’t think twice before camouflaging themselves in saffron robes and taking up arms. In such a situation when the army is called upon to subdue them, how would they differentiate between a genuine Buddhist monk and a terrorist? Would they be required to turn their guns on the entire Buddhist clergy? Absit Omen!

The government’s decision to set up a special Committee to look into this issue will sound good only to the gullible but from experience we know how effective these committees really are. This is not just ‘another issue’ to be brushed under the rug!

Politicians may come and go but it is the legacy they leave behind that we the citizens of Sri Lanka must endure. May we not end up as a ‘Sinhala Buddhist Saudi Arabia’!

“With the destruction of the country as a peaceful one foremost in his mind, Satan Racism’s master plan was to eliminate all Men and Women of Letters who posed a threat to his objective – to create a breed of blundering idiots in the country who would finally destroy each other”- Where is the Miracle?*Sharmini Serasinghe was Director Communications of the former Secretariat for Coordinating the Peace Process (SCOPP) under Secretary Generals Jayantha Dhanapala and Dr. John Gooneratne. She counts over thirty years in journalism in both the print and electronic media. 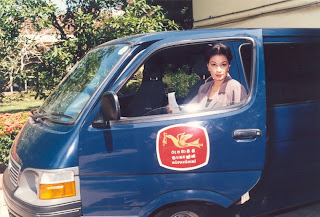